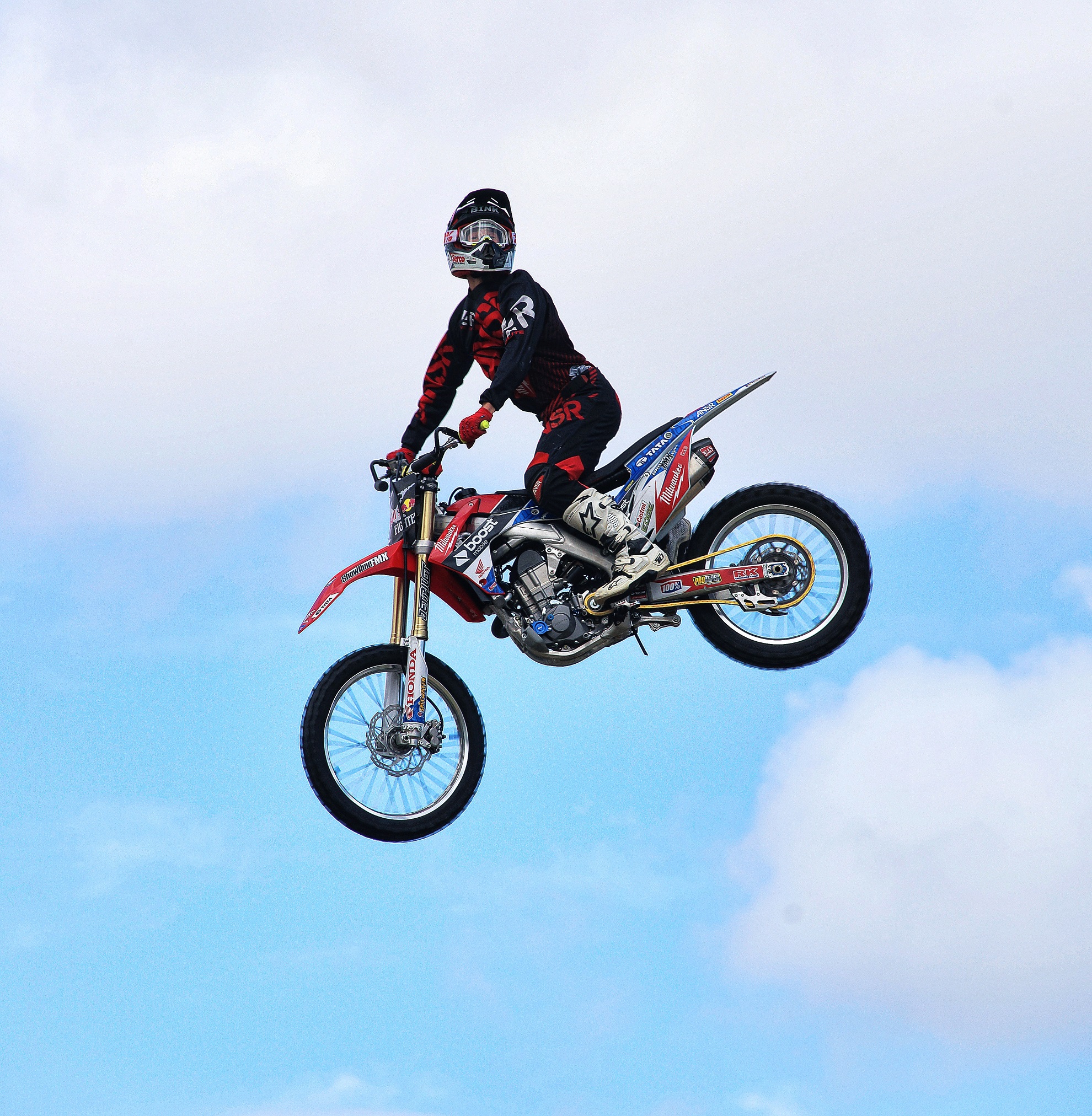 Fall is here, which means many riders are getting in as much trail time as possible before the snow starts to fall.

But did you know that you can use Honda dirt bikes in winter?

With a dirt bike track kit, you can go from dirt to snow and enjoy the fun sport of snow biking. This means you don’t have to say goodbye to your bike for the season, and can make the most of your dirt bike year-round.

This dirt-to-snow bike conversion system prevents your bike from sinking in the snow so you can have increased access and mobility in deep snow conditions, making it possible to go where dirt bikes can’t normally go in winter.

What’s the Difference Between Dirt Biking and Snow Biking?

Snow bikes are dirt bikes that have been transformed into a snow-riding machine with the help of a dirt bike track kit. Simply replace the back wheel with a dirt-to-snow bike conversion system and replace the front wheel with a ski. And once winter is over, you can swap this system for your wheels.

You can hit cross-country trails on your snow bike, or carve down slopes and hit jumps like a snowboarder. Snow biking is a relatively new type of riding, but it is already growing in popularity as a winter sport.

If you haven’t tried snow biking yet, it is a must-try for dirt bikers in Ontario. Since dirt bikes are much lighter and easier to maneuver compared to snowmobiles, riders young and old can handle this sport.

The Gear and Accessories You’ll Need

Your gear and accessories will vary depending on the type of dirt bike you have and where you plan to go snow biking. But in general, you will certainly need:

The dirt-to-snow bike conversion system replaces the front wheel with a ski and the rear wheel with a tracked undercarriage.

This system distributes the weight of your vehicle over a greater surface area so your bike won’t sink into the snow.

These systems are also lightweight, so you can enjoy the agility of a dirt bike and the performance of a snowmobile.

Tips on How to Ride in The Snow

Snow bikes are still dirt bikes, so you’ll have to ride your bike as you normally would, using your body and maintaining balance.

It’s important to maintain balance and momentum, especially on fresh, unpacked snow, so you don’t tip over.

Both dirt bikes and snow bikes quickly respond to the weight on foot pegs, which can help you with making turns. So ride in the same aggressive position as you would dirt biking. Clamp the bike with your knees, be conscious about the weight you place on your foot pegs, and transfer your weight to initiate a turn.

When carving the bike on snow, you’ll have to get used to trusting the lean angles.

If you want to mount your bike in soft snow, be careful not to pull the bike on top of you. Instead, keep your body as close to the bike as possible and step up onto the peg vertically straight. Then lift your body over the bike in this straight, upright position.

Why It’s Better Than A Snowmobile

When compared to snowmobiles, snow bikes are much smaller, lighter, and more agile. This compact and lightweight advantage makes maneuvering the bike so much easier, and allows for greater access to often hard-to-reach areas off the beaten path.

What are the Safety Hazards?

As with all outdoor recreation sports, snow biking has safety hazards. So it’s important to always prepare for the worst-case scenario while riding.

Bring a first aid kit, food, water, extra clothes, and gear to help you get out of sticky situations.

The number one rule for both dirt and snow biking is to always bring a partner. It is not safe to go out in the wilderness on your own. If something were to happen to you, like an injury or getting stuck, your partner is able to help you get out safely and quickly.

During hunting season, it is not safe to ride in areas where hunting occurs. Confirm the hunting zones in your area before hitting the trails.

The cold of winter poses a greater threat to riders. If you don’t layer up and wear appropriate winter riding gear, you will put yourself at risk of frostbite and hypothermia, especially if you are outside for too long.

Depending on where you plan to snow bike, consider getting avalanche training and gear to help keep you safe in the event of an avalanche.

With a dirt-to-snow bike conversion system, you’ll never have to wait for bike season to start again. You can go dirt biking in Ontario all year-long by trying the exciting winter sport of snow biking.