The Most Impressive ATV World Records 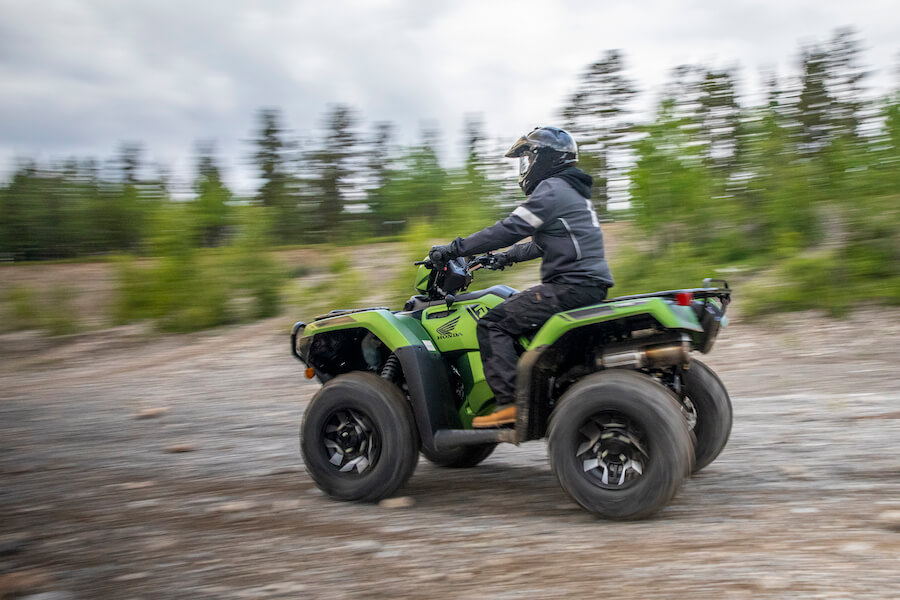 In 2020 the All-Terrain Vehicle (ATV) Market grew to over $3 billion. There are a lot of powerful ATVs available, with a wide variety of modifications to make them more powerful. Some of the most adventurous daredevils out there have used these machines to pull off some incredible ATV stunts. For some of the best ATV world records out there, keep reading.

In 2020 the All-Terrain Vehicle (ATV) Market grew to over $3 billion. There are a lot of powerful ATVs available, with a wide variety of modifications to make them more powerful.

Some of the most adventurous daredevils out there have used these machines to pull off some incredible ATV stunts. For some of the best ATV world records out there, keep reading.

How does it work?

When someone wants to attempt to break a Guinness World Record, they have to first apply by registering an account, finding the record they want to break (or applying for a new one if it can’t be found), and completing the application form.

The Guinness World Records will then have their Records Management Team research and verify your attempt before it is confirmed. They do extensive checks to make sure a record attempt is valid and fits in with their regulations.

Longest Journey on an ATV

The team known as Quad Squad Expedition began their journey in Istanbul, Turkey on August 10th, 2010. After a total of 437 days 19 hours and nine minutes, they finished their journey on October 22nd, 2011. They arrived in Sydney, Australia with a 500-strong motorcycle escort.

Fastest Speed on an ATV

This was done on Wilmeth’s ALSR Rocket Raptor version 6.0. (a modified Yamaha 700 Raptor). There are plenty of modifications on the market, but few like those used by Wilmeth for this. His ATV was augmented with a hybrid rocket thruster to reach higher speeds.

In 2009 the Rocky Mountain ATV Jamboree in Richfield, Utah, USA made an attempt to break the record for the largest parade of ATVs. The record to beat was 1,632 quadbikes and was set in June of the same year in Silver Bay Minnesota.

The Silver Bay record was short-lived, as this attempt was able to set a new record on September 16th, just three months later. The parade began with 1,947 ATVs, however, only 1,870 ATVs were able to finish, beating the previous record by more than 200.

Greatest Distance Cycled in 24 Hours on a Mountain Bike

Ellul is a multiple record holder. From October 9th to October 10th, 2015 he managed to set this record. He did so in McLennon Park, Walkerston, Queensland, Australia.

Greatest Distance Cycled in 48 Hours on a Mountain Bike

It is no surprise that the man who set the record for the furthest distance cycled in 24 hours would be able to do the same for 48 hours. In fact, he actually set both records at the same time.

Ellul started cycling on October 9th, 2015. When he hit the 24-hour mark he set the first record, and then after another 24 hours on the 11th, he set this one.

Most Overhead Lifts of a Quad Bike in One Minute

This is the most unconventional record on this list – it actually has nothing to do with riding an ATV. Savickas is a professional strongman and powerlifter who has been competing in strong man competitions for over 20 years.

He has won the World’s Strongest Man competition four times and has set multiple world records, resulting in many considering him to be the greatest strength athlete of all time.

With that in mind, it is no surprise he also holds this record. He managed 14 overhead lifts of an ATV on July 25th, 2014 in Milan, defeating his opponent Hafthór Júlíus Björnsson

This record was set during the Crusty Demons Night of World Records On March 29th, 2008. It was held at Calder Park Raceway in Melbourne, Victoria, Australia, and Australian Ben Diez managed it.

Longest Wheelie on an ATV

This was deliberately done to coincide with the Dubai Motorbike Festival, which was being hosted at the Dubai World Trade Centre where he finished.

He was escorted by Dubai Police patrol cars and Dubai Police supercars, and as he finished more than 300 bikers followed shortly behind.

This is probably the first thing that comes to mind when thinking about four-wheeler stunts.

Jon Guetter managed to pull off this feat at the Calder Park Raceway in Melbourne, Australia back in March 2008. This was on the same day as the longest motocross bike jump with a backflip mentioned above at the Crusty Demons Night of World Records.

Can These ATV World Records Be Beaten?

It would definitely not be easy, but all of these records could potentially be broken. These record holders have worked incredibly hard for these achievements, but they wouldn’t have been possible without the right equipment.

You might not be prepared to break any ATV world records, but if you are a fan of the occasional ATV drift and tricks Power Sports Muskoka is a leading supplier of high-quality ATV, UTV, and dirt bike products.

If you have any questions about any of our products or services, contact us by clicking here today.